The date is approaching for our annual topo/bathy survey of the Elwha delta and so I figured it would be the right time for a bit of a year in review from my own monthly survey work.  Here are the story-lines as I see them: 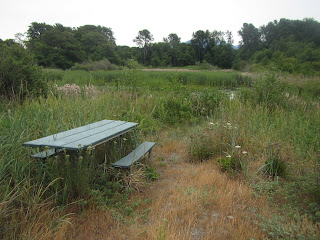 1)  The transition of the old estuary.  This isn't new by any stretch, and has been well documented by a variety of investigators (i.e. see this and this).  But I've been struck by the visual transition.  Above, for example, is a shot from this morning (looking south from here) of what used to be a pretty sizable estuarine lagoon.  Here is that same view in February 2013 (this photo was shot from the other side of the picnic table here): 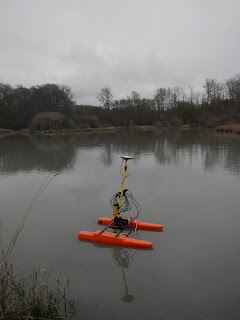 That formally open estuarine lagoon has been rapidly filled with fine sediment, colonized by cattails and other vegetation, and seems well on its way towards becoming a marshy forest.

2)  The terrestrialization (is that a word?) of the former intertidal near the river mouth, in the zone where the river dumped most of its sediment, this view from 2011 (shot here): 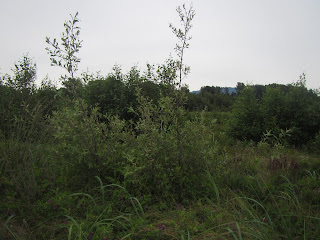 That IS the same location.

3)  And continuing with the theme of transitions, the nourishment of the beach to the east of the floodplain, under the bluffs.  Here is a photo taken today here: 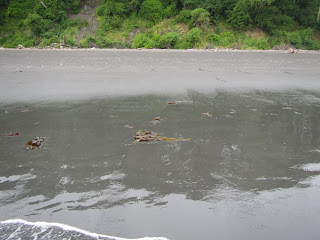 and from the same location back in September 2013: 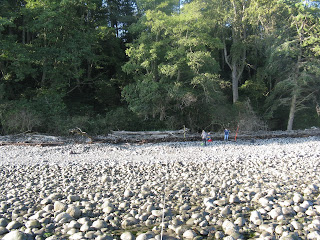 I've got some profiles and other data from this location all the way at the bottom of this post.


4)  Lets look at some beach profile data, most of it collected over the last year.  I shot the photo below today, of a band of buried wood waste (mulch, small sticks, etc) eroding from the intertidal beach right about here: 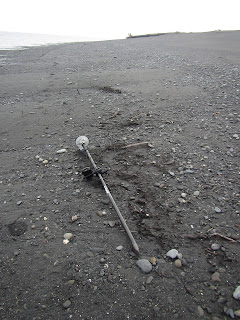 This area has been quite erosional since 2015 (see profiles for the last year below), and I'm assuming that this material is made up of deposits from one of the lagoons that formed behind the seaward bar during the peak of dam removal. 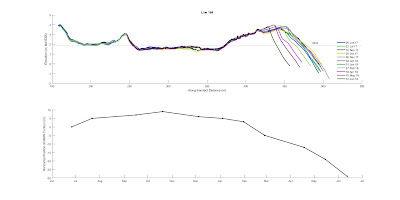 Just to the west, closer to the river mouth, the seaward bar has also been quite erosional, but over the last two months it looks as if a new little lower intertidal bar formed, and then welded to the beach face: 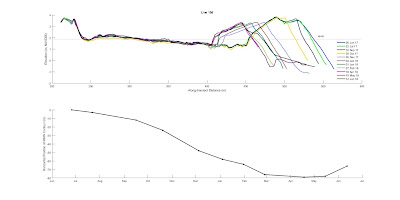 As you move away from the river mouth, both west and east, there has been quite a bit of stability to the beach.  Here, for example, are profiles from about here to the west of the river mouth: 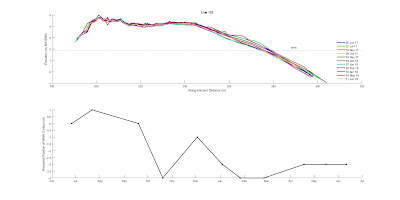 and this site to the east, that just a few years ago was eroding at average rates of more than 5 meters/yr: 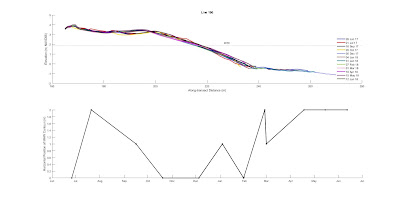 Over the last year the shoreline position at both of these locations has fluctuated within a window just a few meters wide.

The very far eastern side of the floodplain also seems to be on a trajectory of change.  Here, for example, are beach profiles and shoreline position time-series date back to 2011 from this site: 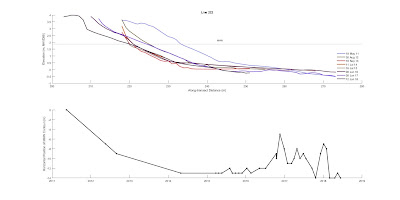 This area is quite interesting, as it is east and downdrift of a major rip-rap removal and beach restoration project that happened back in August 2016 (see this and this), and sits right next to a subsequent house relocation and armor removal project that happened in August of 2017.  I think that you can see the August 2016 project in the shoreline position time-series above, manifested as that first and tallest spike centered on 2017.  The winter 2018 spike in shoreline position is also interesting, and may be attributable to that second project...or maybe we are seeing some sort of seasonal transport signal at play.  I'm intrigued though, that the section has continued to erode after those projects wrapped up.

By contrast, the overall combination of massive supply of sediment from the dam removal, coupled with the removal of rip-rap in August 2016 that was blocking transport to the east, seems to have led to a shift in the shoreline under the bluffs (here).  Here are the profiles and shoreline position time-series dating back to 2011 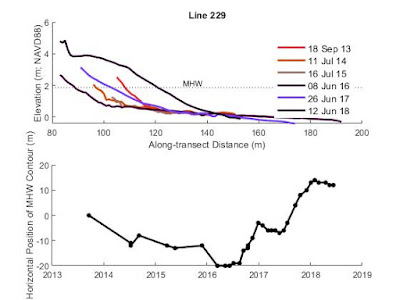 and of course the photos set above (comparing today to September 2013) is from this same location. This section of shoreline really took off in the summer of 2016, and while it seems to have the same possible seasonal (maybe?) pattern going on (spring/summer erosion?) the overall trend has been towards nourishment and beach accretion.